For Crying Out Loud

Researches have discovered that the cries of infants as young as three days old already reflect the language their parents speak. The study showed how certain French babies would cry in a rising melody contour such as ascending tones whereas German babies followed a descending melody contour true to their language form. Perhaps a study involving Swahili babies would reinforce this finding by revealing a percussive series of clicks in the babies outbursts.

It is quite remarkable to think that newborns have already learned the pattern of their native language just by observing their parents voices in utero. It would seem that our most rapid strides in learning take place in our infancy. Babies are like little mental sponges absorbing and analyzing vast amounts of data. Babies are also very efficient food processors and they like to poop, a lot.

We come into this mortal world having left from a much more exalted realm, a pre-mortal existence, learning and progressing as spirit children with our Father in Heaven. No wonder babies are quick studies, look where they all come from! As Wordsworth wrote, they come "trailing clouds of glory."

Not to downplay your poetic prose, which is all true, but babies also get a body that is made of their parents' DNA. I would think some the qualities of speech would be passed along...maybe?

A study was done in which babies in utero were exposed to music and then tested several months after birth to see if they could recognize that specific music that they had been exposed to. They did. 'Twould seem the uterus is also a classroom. Wonder what else they are processing in there? Stay tune for further enlightening studies. 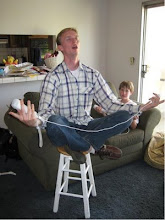